» It’s Music to My Hands

It’s Music to My Hands

“I feel like I was born to do this work.” I can’t tell you how many craniosacral therapists have told me that over the years. It’s as if every experience in their lives led them to that moment when they lightened their touch, melded with another human being, and heard the subtle rhythm of the craniosacral system with their own hands.

Personally, I feel like I was preparing to do this work from the time I was 4 years old. I can remember one specific event in December of 1931. My parents were throwing a holiday party and in walked this guy holding an accordion. The more he played, the more fascinated I became. For days afterward I kept telling my dad, “I want to get a ‘stomach squeezer’ like that.” I didn’t know what the instrument was called, but I sure knew that I liked it.

My dad, who was a very good guy, said, “Johnny, I can’t afford an accordion right now. But we’ll work on it.” True to his word, he did a little research and found out that Wurlitzer was a good name for instruments. So one day he took me to the Wurlitzer store in downtown Detroit. They said they would give me accordion lessons, but I had to be at least 5 years old. Well, my birthday was coming up on February 10, 1932. So I had to wait rather impatiently. But sure enough, when the big day came, my dad gave me an accordion he had rented for three months. He started taking me for lessons every week.

The first couple times I went, I played the way the teacher told me to. Then I realized that I didn’t like the way it sounded, so I started changing the music. The teacher didn’t like that. She would whack me on my fingers with a pencil and say, “Do it the way I told you to.” And I’d reply, “But I like it like this.” Finally she complained to my father. And my father said to me, “I’ll tell you what, Johnny. Downstairs in the basement they sell popular music – three sheets for a dollar. Every time you come down from your music lesson with a gold star, we’ll get you three sheets of songs that you like.”

At 5 years old, that was about the most exciting news I’d ever heard. And you know what we would do? We would sit by the radio together at night and listen for what was popular at the time. Then we would get that sheet music and I’d pick up my accordion and learn how to play it. Eventually, I became good enough that my dad started taking me to parties and other places to entertain. I’d take my accordion and play for sometimes 100 people at a time. The first time we did it, Dad put a little cup beside me. At the end of the night there was about $40 in there. And I thought, “Wow, here I am just a kid, and already I’m a businessman!”

From then on, until my dad died shortly after my 14th birthday, he took me to entertain at least a few times a year. He knew I loved it. But even more than that, I loved the way he believed in me.

As I look back, I can see how tuning into the melody and vibration of music with my hands as a child was preparing me to intuitively sense the therapeutic effects of the craniosacral rhythm years later. Thanks to my dad’s love and support, I also inherited a strong sense of self, which served me well when I was developing CranioSacral Therapy and SomatoEmotional Release (SER) at Michigan State University. There was no real roadmap for this work, especially with SER. My undergrad degree is in psychology and I had always been fascinated with the body/mind complex. But when it came right down to it, when there was emotion trapped in the tissues, I could just hear it with my hands.

Now I tell therapists it’s as simple as this: Lighten your touch, listen with an intention to serve, and trust what you feel. If you can do that, then you’ve got what it takes to be a good craniosacral therapist. Chances are, you’ve had it all along. 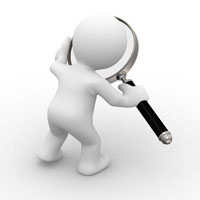